The Haitian city of Les Cayes is positioned to be a major player in the Habit’s developing tourism industry. However, the geographic setting of Leys Cayes in a low topographic area on the southwest coast of Haiti makes it vulnerable to storm surge, potential tsunami events, and climate change. The goal of this project was to assess the physical processes and climatic factors that must be addressed before sustainable, new development of the Les Cayes waterfront can proceed. In this project, a combination of coastal processes numerical modeling and analysis of potential climate change was completed to prepare a foundation for the future economic development of Les Cayes. Modeling analysis provides a prediction of extreme wave and storm conditions along with the potential flooding impacts from tsunamis. Analysis of these risks was used to establish design criteria for port facilities and shore protection structures along the waterfront under the proposed development for tourism and commerce. 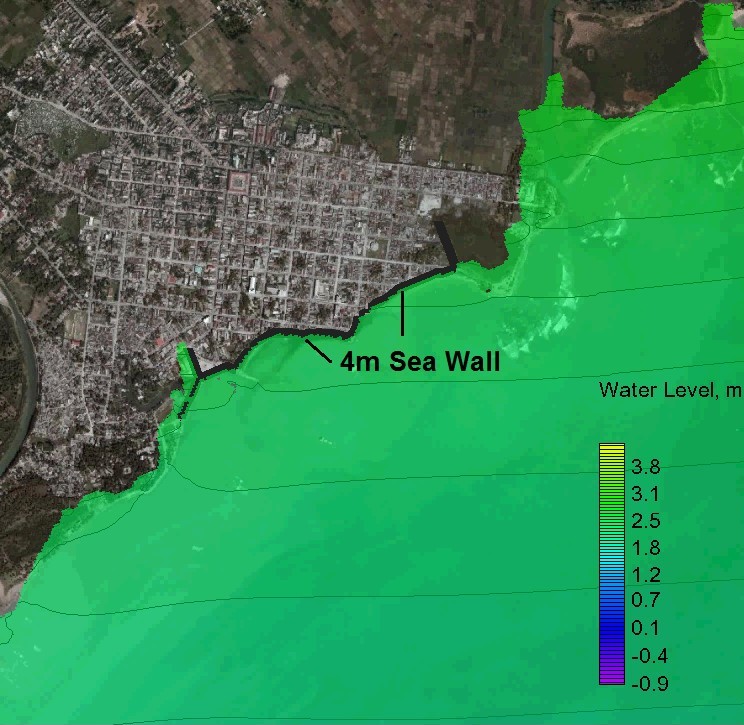 The climatic analysis was based on a review of existing meteorological and oceanographic data from the Caribbean basin and Haiti along with climate predictions from the scientific literature that has been synthesized in the ongoing annual reports by the International Panel on Climate Change (IPCC). Climate trends and projections indicate significant impacts in the Caribbean region, including Haiti, due to increases in greenhouse gas emissions worldwide warming and drying of the climate is expected regardless of the scenario for future emissions. The expected climate trends at 20-, 40-, and 60-years from present for Haiti were presented. As part of the climate change analysis, predictions of potential flooding along the Les Cayes coast were described from projected sea level rise at 20-, 40-, and 60-year intervals.  Results of the project analyses confirmed that the shoreline of Les Cayes is very susceptible to flooding from storm surge, tsunami events, and eventual sea level rise. New development along the waterfront will require substantial shore protection structures. Based on the analysis, shore protection for the Les Cayes waterfront can be designed to resist extreme forces and sea level rise that can be expected at intervals between 25 and 100 years. 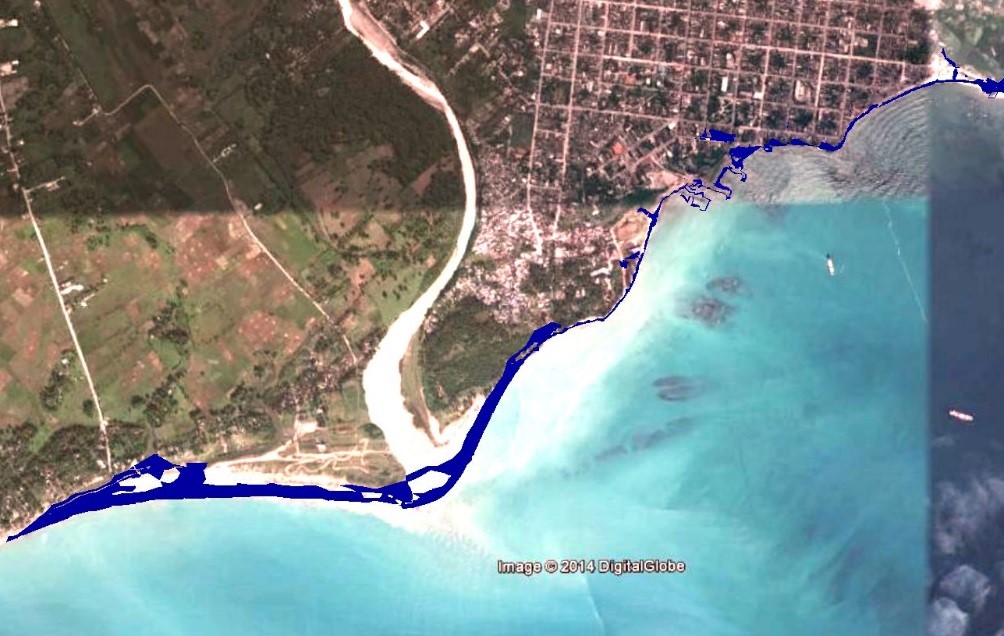