As part of an investigation into potential concerns regarding Per- and Polyfluoroalkyl Substances (PFAS), Brevard County Natural Resources Management Office contracted with Applied Ecology, Inc. to determine the level of emerging contaminants throughout the County.

In 2016, the EPA reduced the Health Advisory Level for PFAS (PFOA + PFOS) in drinking water from 400 to 70 parts per trillion. This triggered the Department of Defense to sample for PFAS at all its facilities. During the summer of 2018, the Department of Defense released data indicating high levels of PFAS in groundwater at Patrick Air Force Base (PAFB) and Cape Canaveral Air Force Station. High levels of PFAS were attributed to decades of prior use of Aqueous Film Forming Foam for fire-fighting. Levels at PAFB were up to 4.3 million parts per trillion while levels at Cape Canaveral Air Force Station were 1 million parts per trillion. It was unknown if the PFAS was moving through the groundwater to adjacent communities off-base and the Indian River Lagoon. Adjacent communities were concerned about their drinking water supply so the School Board tested drinking water fountains at all its beach schools in August. The drinking water, which comes from mainland sources and is piped to the beach, was not contaminated with PFOS or PFOA. The County, Satellite Beach and Cocoa Beach also tested irrigation water north and south of PAFB in July and August. Most levels were below the drinking water standard, but some wells not used for drinking water did have levels above the drinking water health advisory level. Out of an abundance of caution and sensitivity to community concerns and to better understand the distribution of PFAS levels in Brevard County waters, the County contracted to test 50 locations distributed county-wide. 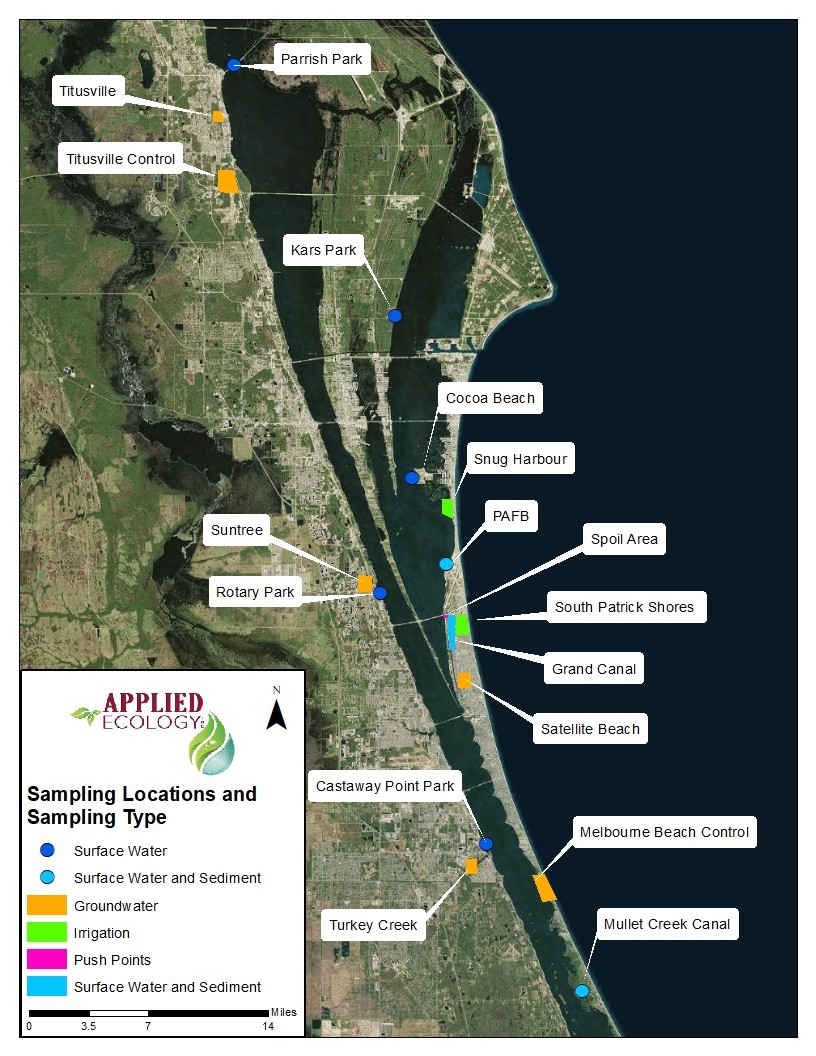 Applied Ecology staff collected samples from 50 locations distributed county-wide from shallow ground water wells, shallow irrigation wells, deep irrigation wells, lagoon water from the Indian River and Banana River, and muck from the bottom of the lagoon. The County also contracted to sample three shallow irrigation wells in South Patrick Shores for the full suite of federally listed priority pollutants, carcinogens, volatile and semi-volatile organics, pesticides, heavy metals and radionuclides due to community concerns about cancer rates in that area. In September and October, sample sites were identified, permissions were obtained, samples were collected, and sent to a state certified lab for analysis. Lab analyses were conducted in October and November. 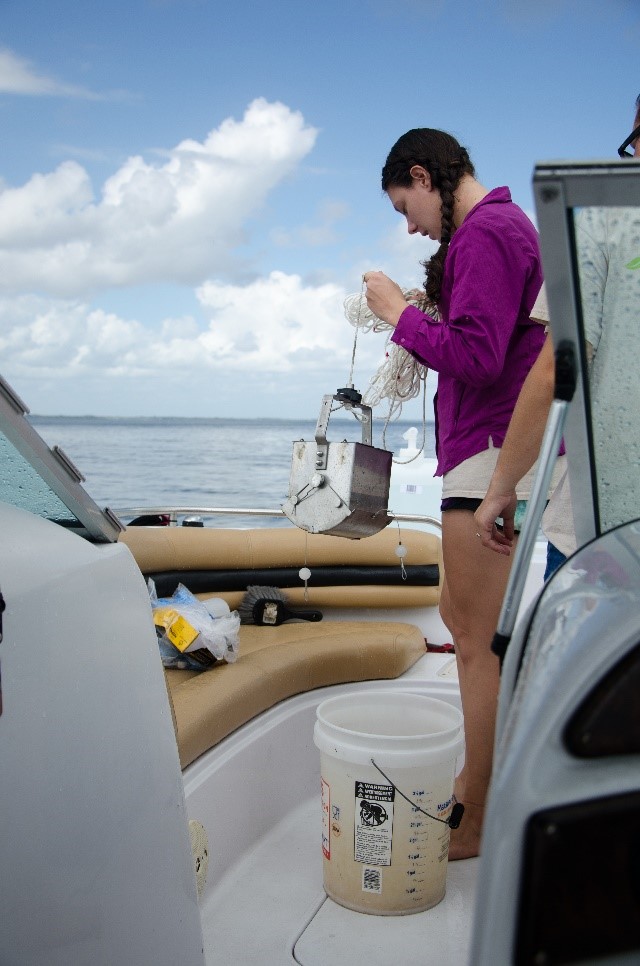 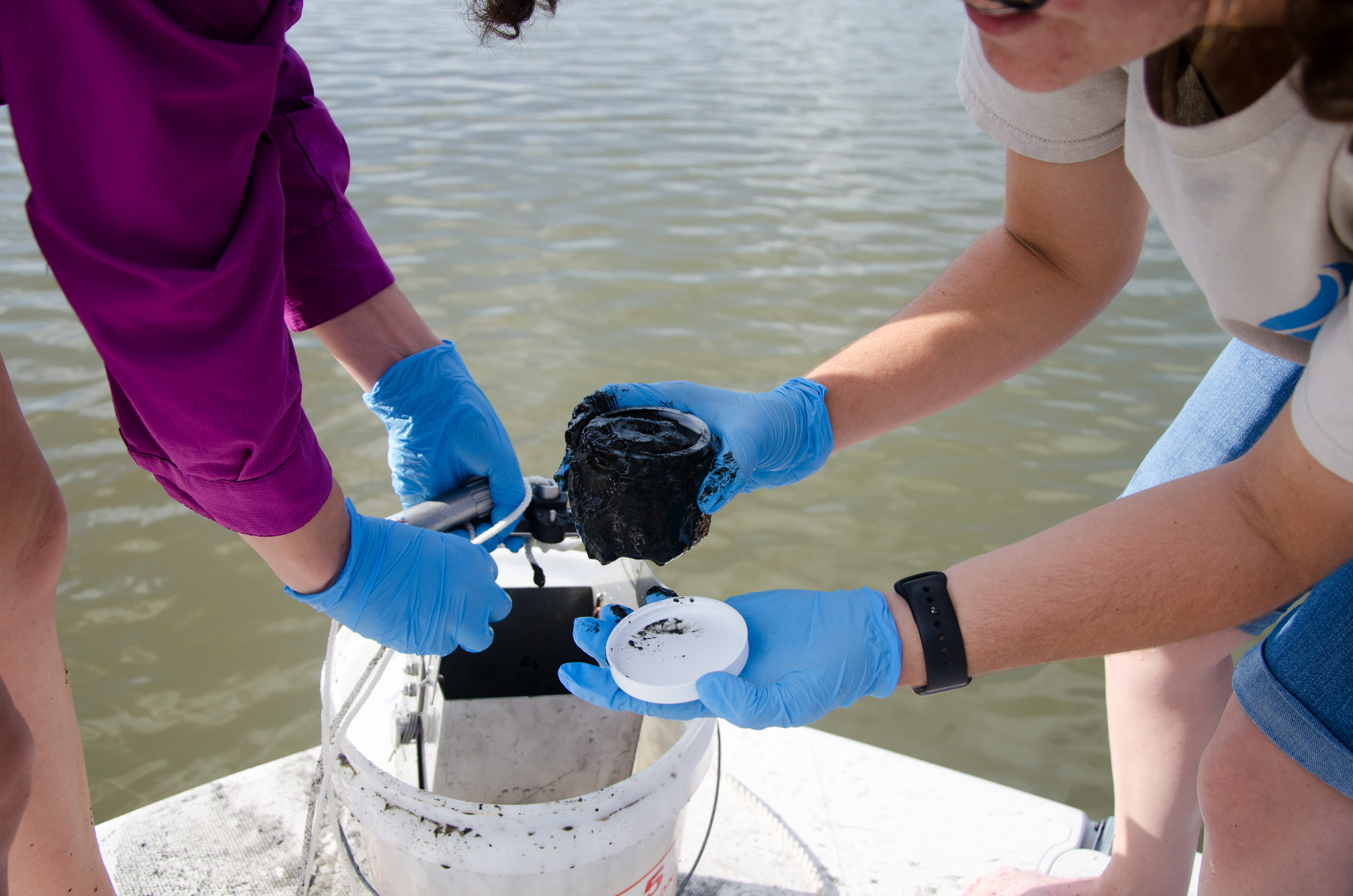 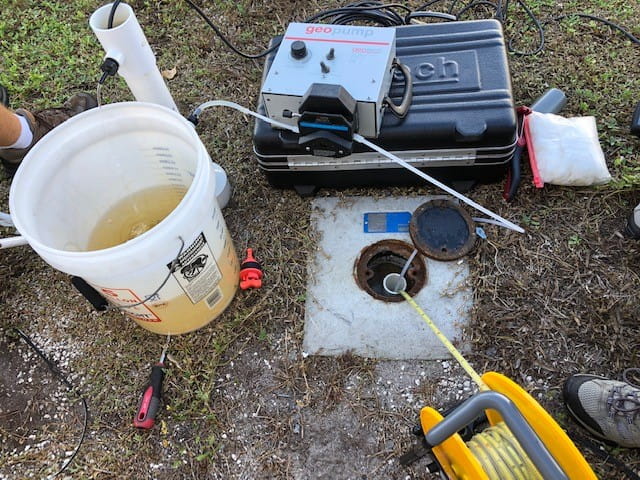 Here is what we found…

Based on our findings the County is continuing muck dredging in its efforts to restore Indian River Lagoon. To view the full report is available, click here. 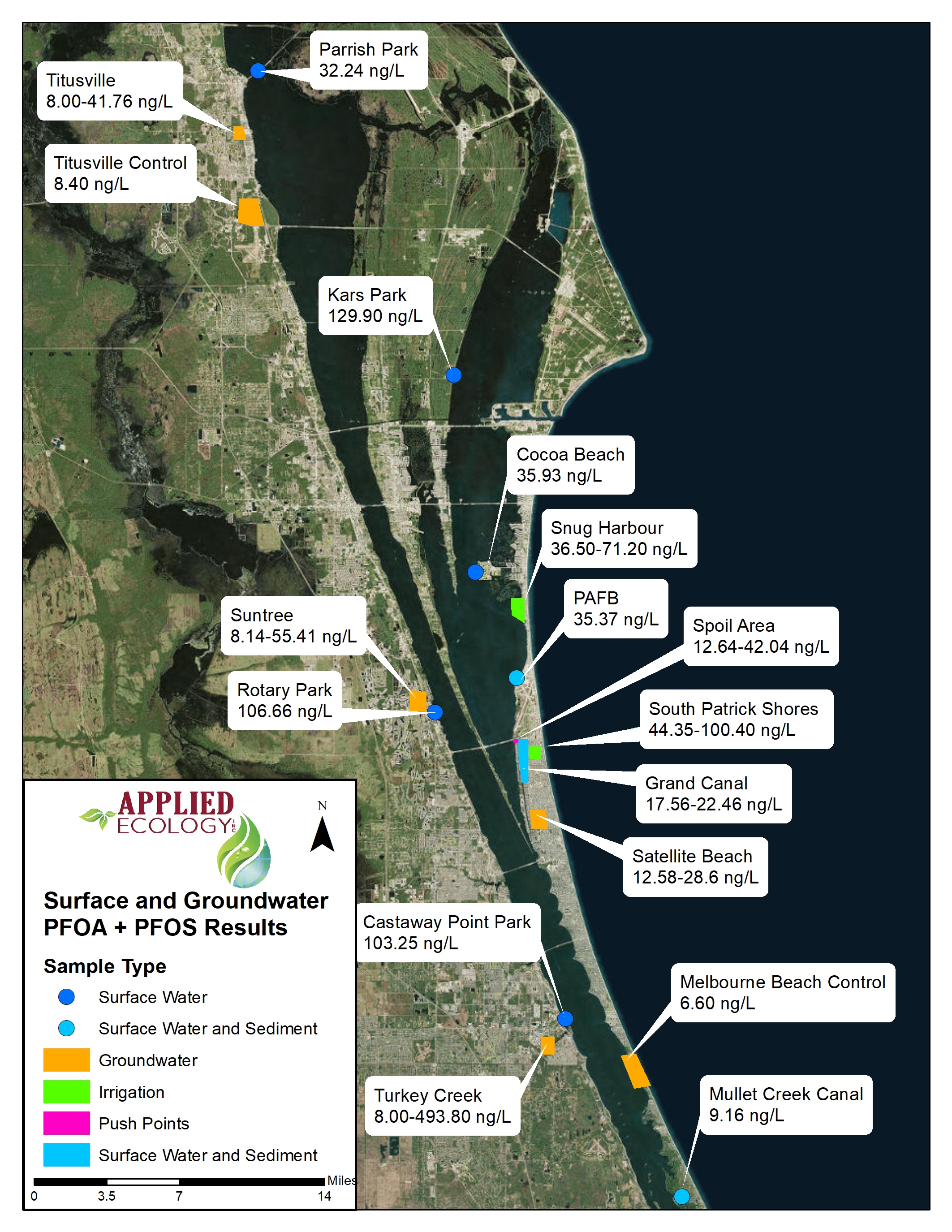 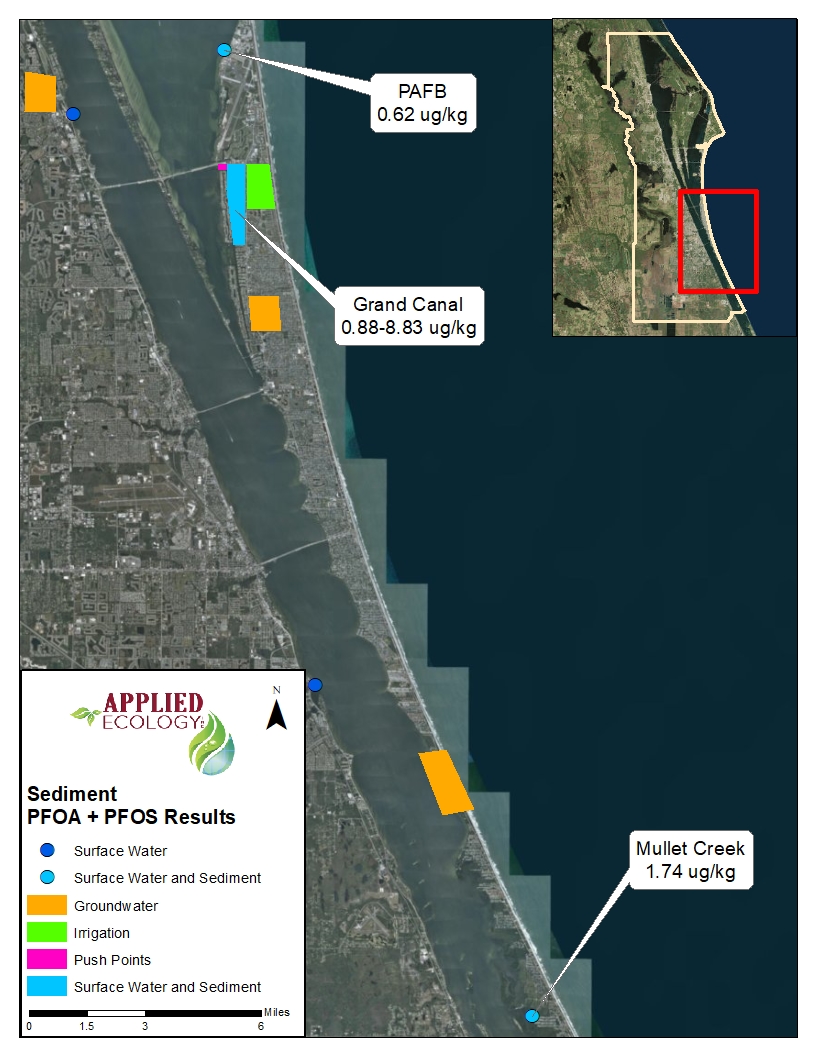